It’s fair to say that I’ve not given Fortnite Battle Royale as much attention as I did when it was first released.  Mostly owing to the fact that I prefer the pace and realism of PUBG.

That isn’t to say I don’t still love Fortnite, it just means that it hasn’t been on top of my list of games to play in recent months (particularly at the moment).  That’s a shame in itself really because the amount of updates and new content is ridiculous. It’s barely the same game that came out at the back end of last year, and it’s all the better for it.

Being a less realistic take on the battle royale genre means it gets to have a lot more fun with everything from character skins to weapons and what they do with the world itself.

One thing that I always try to dip into, though, is the 50 v 50 mode when they make that live. 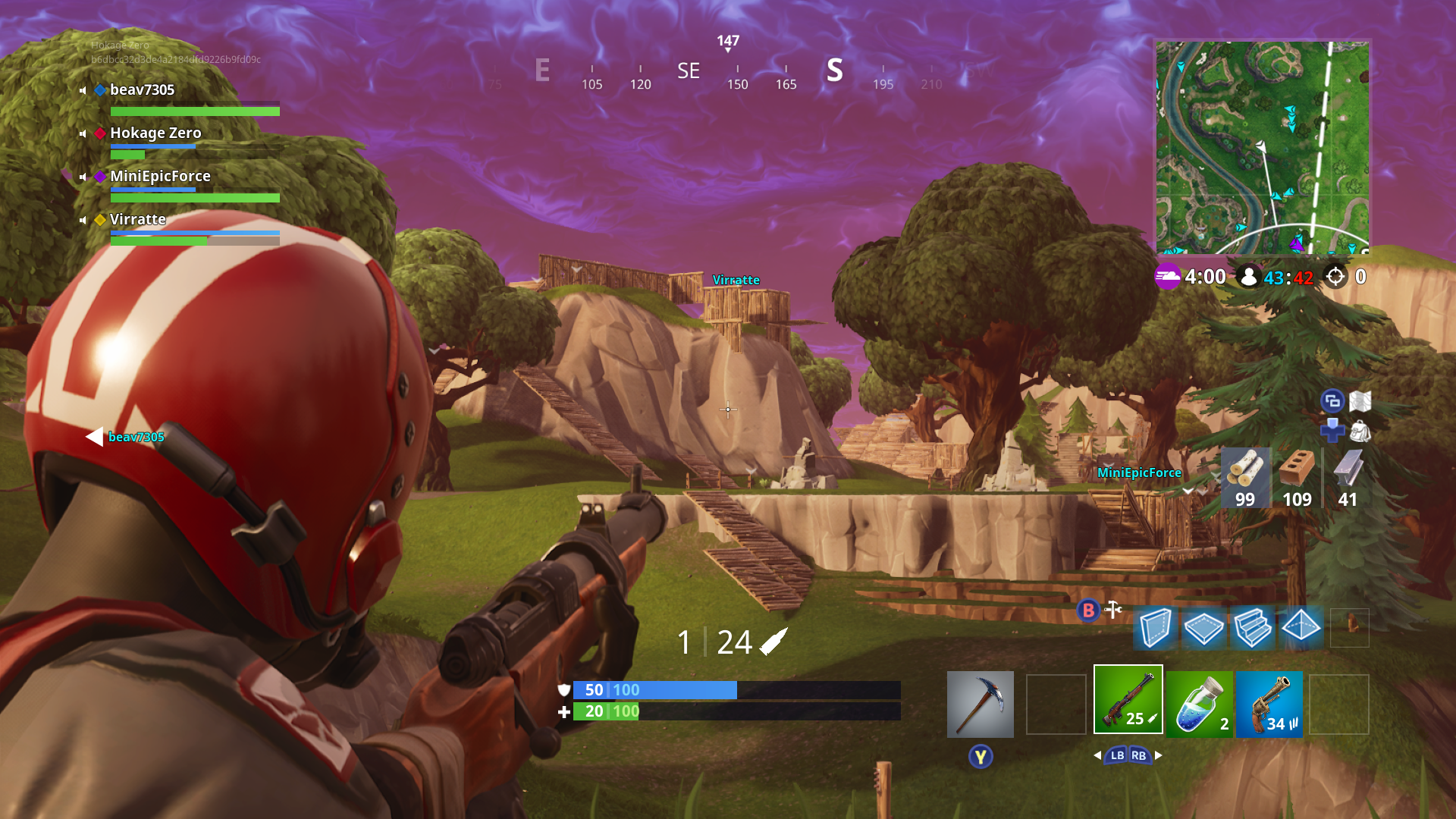 Yep! In a game that relies on 100 players per match, what better way to reduce the stress of being solo and trying to be the last man standing, that to cut the players right down the middle and just have two teams of 50?

It’s excellent for a few reasons really.  Not only is it a nice break from the solo game play, but the pace changes completely and it’s actually a really good way to get yourself re-acquainted with the controls and the map (after plenty of changes).

You dive in as always (man, it’s so smooth compared to PUBG!!), but there’s a dividing line across the map, whereby your team and the opposition have basically half of the map each for landing, looting and material gathering.

The circle is still a thing, but you have a lot longer until the initial circle, which basically sees everyone eventually converge upon one area for chaos.

Plenty of time to loot and explore, great! Plenty of time to work out how build things again, and to try new weapons (thermal assault rifle is bloody mint!).  Then, you have, theoretically, 50 people to take shots at as they start to move against your team.

Sure, it doesn’t always go well……someone has to be the first to die, right?  But when you start to get comfortable, and get a few kills under your belt as a team, you start to see some cohesive chaos.

Everyone working together, dropping items for each other, reviving each other, building around downed allies to stop them from being killed.

I’ll be honest, there was a moment where I fell from too high a height, and instead of instantly revive me, 4 people stood around me and danced…….I deserved it, I was an idiot. I laughed, they danced, then revived me, gave me bandages and we carried on.

It’s just good clean fun, with less pressure in a really fun environment.  I wish it was a permanent mode, because I don’t enjoy Fortnite as a solo game.  I’ve never really played squads, and I will, but it really plays to the strengths of this game over PUBG.

The style, the smoothness of gameplay, the variety of weapons and shopping trollies….It’s a much less serious game, and it’s all the better for it.

Don’t get me wrong, when you watch professional players play, it’s a serious, competitive game.  But I feel that it shines above competitiors by being more fun, better put-together and a little more creative.

50 v 50, to me, is the epitome of Fortnite being Fortnite.  Very accessible, very fun, and just a blast!

This weekend was a big weekend in Fortnite.

An event happened in-game that fans around the world got to witness.  I missed it, despite planning on seeing what all the fuss was about…..

As it transpires, though. A rocket launched (as predicted by everyone online), but what happened after was a surprise to everyone.  It looks like there was some time and space wizardry going on, and the rocket broke-up.  This was teleported to different points of the map, and then a crack in the sky was left.  There’s more to it than that, it’s worth a quick search on YouTube for a better idea!

Rumor would have it, that there’s more to be seen this week, so I’ll be trying to be in the right place at the right time (life permitting!).

What’s going on in the world of Fortnite Battle Royale? I don’t know, but they’re pretty good at keeping me interested!! 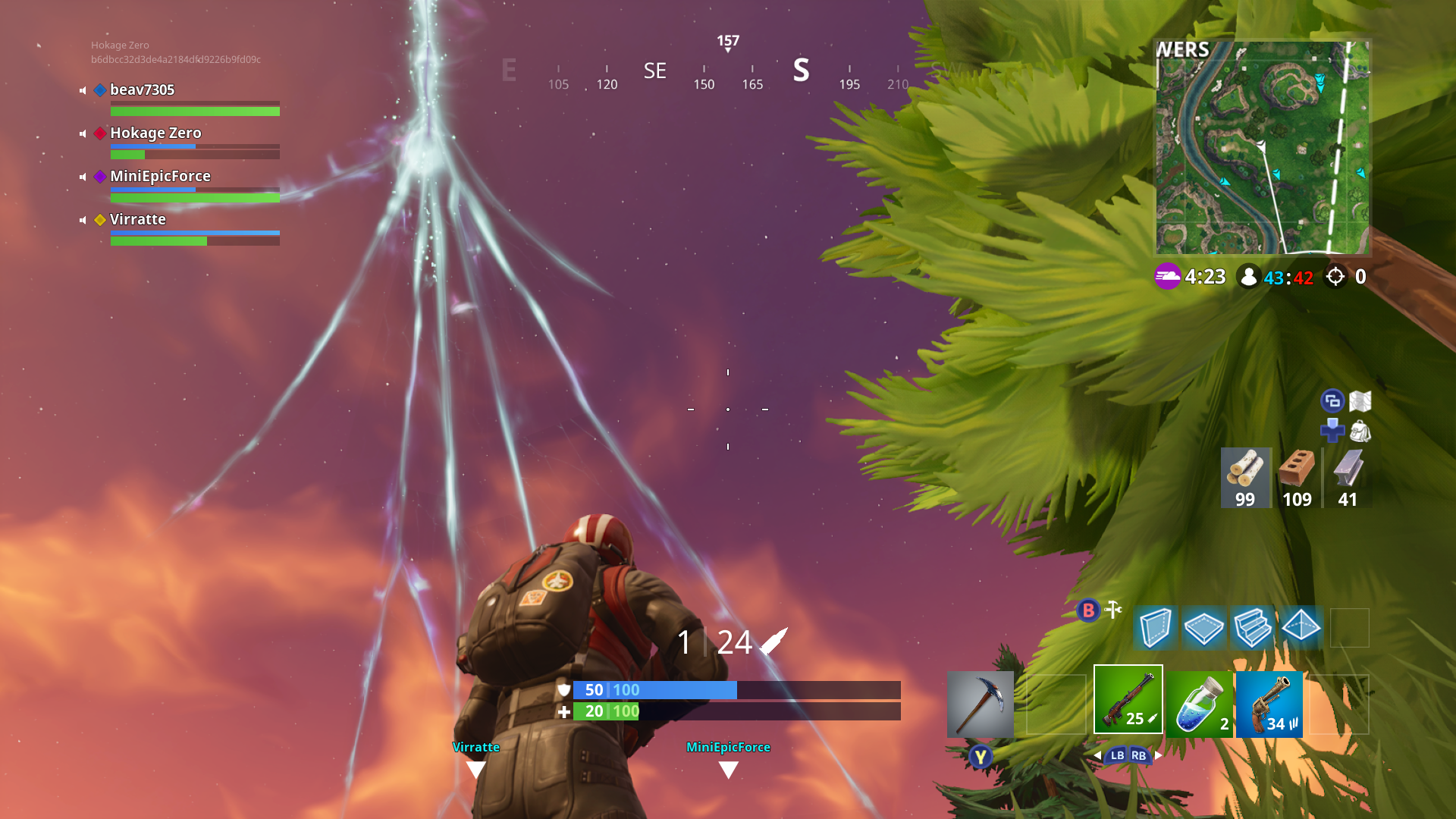