I knew I should have written this as my first album review, from the moment I gave it a chance, it’s what inspired me to branch out from just gaming posts in the first place.

I wasted time trying to put words to screen for the Brand New album “Science Fiction” and I’ve so far failed.  That’s going to one side for now, and I’m focusing on the album I’d always intended to be first on here. 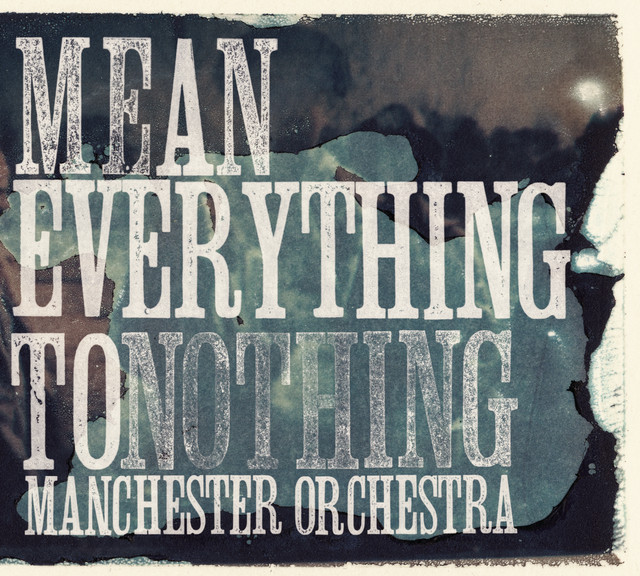 Manchester Orchestra are one of those bands that have always been on my periphery, with rave reviews for years, and people on music sites that I frequent, gushing praise on them.

As is my style, I automatically shut-off from something I haven’t discovered myself, that is getting praise.  I’m a weird one!  Suffice it to say, I assumed all of the praise was people going overboard, and that I shouldn’t waste my time on such a band.

Roll on a few years or so, and I’ve heard very little about them.  Until I saw that they were due to release a new album, “A Black Mile to the Surface”.

Apparently, the anticipation from others was enough to make me snap out of my ways and decide to give them a go.

Little did I know that I’d become one of those people gushing praise upon this band and album……..

Where do you start when you want to listen to a band that’s well-loved and well-established?

I didn’t think that was for me to decide, so I sent a tweet to Johnny Chiodini from Eurogamer (previously Gamespot), asking for his opinion.  I’ve followed Johnny on Twitter for almost as long as I’ve followed his work, and I’d seen that he was a fan.  Why not ask someone who’s opinion on things I already respect?

Fortunately, he replied, and suggested “Mean Everything to Nothing”.

I’ve often heard of them spoken about as peers to Brand New, and that’s something that I’ve always been wary of.  Brand New have been a favourite for a long time, without any competition for what they do, in my tiny mind.

Now, I wouldn’t ever go so far as to say they were similar (based on this album, anyway), but I would say I can see where people are drawing parallels.

The comparisons I instantly made were actually to The Gay Blades and Pistolita.  Not so much in terms of lyricism and themes, but the production, the vocal delivery and the guitar tones.  Then of course, there were definitely touches of Brand New in there.  The guttural shouting, the darker lyrical themes, I get it, but I’d hardly use them as a point of reference in making a recommendation.

Is it worth a listen?

The crux of this whole piece is here.  It is absolutely worth a listen, in fact, it’s worth multiple listens.

The thing that strikes me the most about this album isn’t the excellent songs, as much as it is the superb way everything has been crafted.

I listen to this album, and I can pick out any instrument, and any vocal layer, no problem.  But it’s all so well written and put together, none of it stands out above the rest.  Every element of every song blends beautifully, never overriding another part, but standing out on it’s own.  Sure, this is some excellent production, but it must all come together in the writing.

For a start I thought that there weren’t really any instrumental melodies, and it was just chord progressions with vocals.  Then I started to hear these little earworms, these guitar lines and piano bits.  I realised I’d always heard them, but I hadn’t noticed because the song as a whole is presented up front and centre.

Nothing is buried away, but nothing is obvious, and each listen becomes an experience in finding the nuance you hadn’t noticed before.  It’s really clever!

Better yet, there doesn’t seem to be any way of dating the music itself.  It sounds as fresh now as it likely did when it was released.  There’s this quality of timelessness that you don’t hear too often.  Sounding not so much like a product of its time, more a product of sincerity and honesty.

Opener “The Only One” is a really nice introduction to the album, radio friendly pop-rock with some background slide guitar a group vocals providing the “oohs” and “aahs”.  Very accessible.

From there on out, it starts to hit some heavier and darker points, whilst always maintaining that accessibility.  Ranging from soft and calm, to loud and raging, it touches upon everything in between.  There’s an aggression and a rawness that gets wrapped up in pop-rock sensibilities.  It’s layered, accessible, but deeper than it initially appears.

Vocalist Andy Hull delivers everything with a confidence and sincerity that I could only ever dream of achieving.  You believe every word he says, whether he’s shouting, singing or softly delivering his lyrics, every word is genuine.  I feel like there are lessons to be had here for the people that write all the chart toppers for the big stars.  A good voice and some words aren’t enough.  Emotion and sincerity are more important, and this album delivers time and time again.

The song that stood out like a sore thumb to me initially was “100 Dollars”.  It fits into the album, but it would’t really leave a void if it was removed.  It’s just a bit grating upon first listen.

All instrumental work here is excellent, great, simple riffs and melodies with a solid backbone of bass and drums and a sprinkling of piano to lighten things up.

There’s nothing that doesn’t just “work”.  Sure people like to hear about the lead guitar parts, and the drum fills etc, but to me this album isn’t about the individual parts.  Everything seems crafted towards delivering a whole song, as opposed to mashing different instrumental parts together.  It feels like a collaboration in the truest sense, and that is what makes this album stand out so much to me, just one cohesive piece of work.

With the pop-like song structures and the immediate similarities to Pistolita and The Gay Blades, I was bound to be suckered in once I got over myself.

There’s nothing here to not like.  It’s an absolute joy to listen to and it’s been on repeat on and off over the past few months.

In fact it led me to delve further into their discography, and I’ve been blown away.  I can’t believe I’ve been such an arse (yet again) and deprived myself of this band.

Mean Everything to Nothing is nothing short of exceptional, simple as that.

Thanks Johnny, you’ve had a bigger impact in my life than you’d ever know!