The best thing about playing Mirror’s Edge Catalyst, was the fact that it reminded me of how fluid and excellent it is being a pilot in Titanfall, and more specifically Titanfall 2. 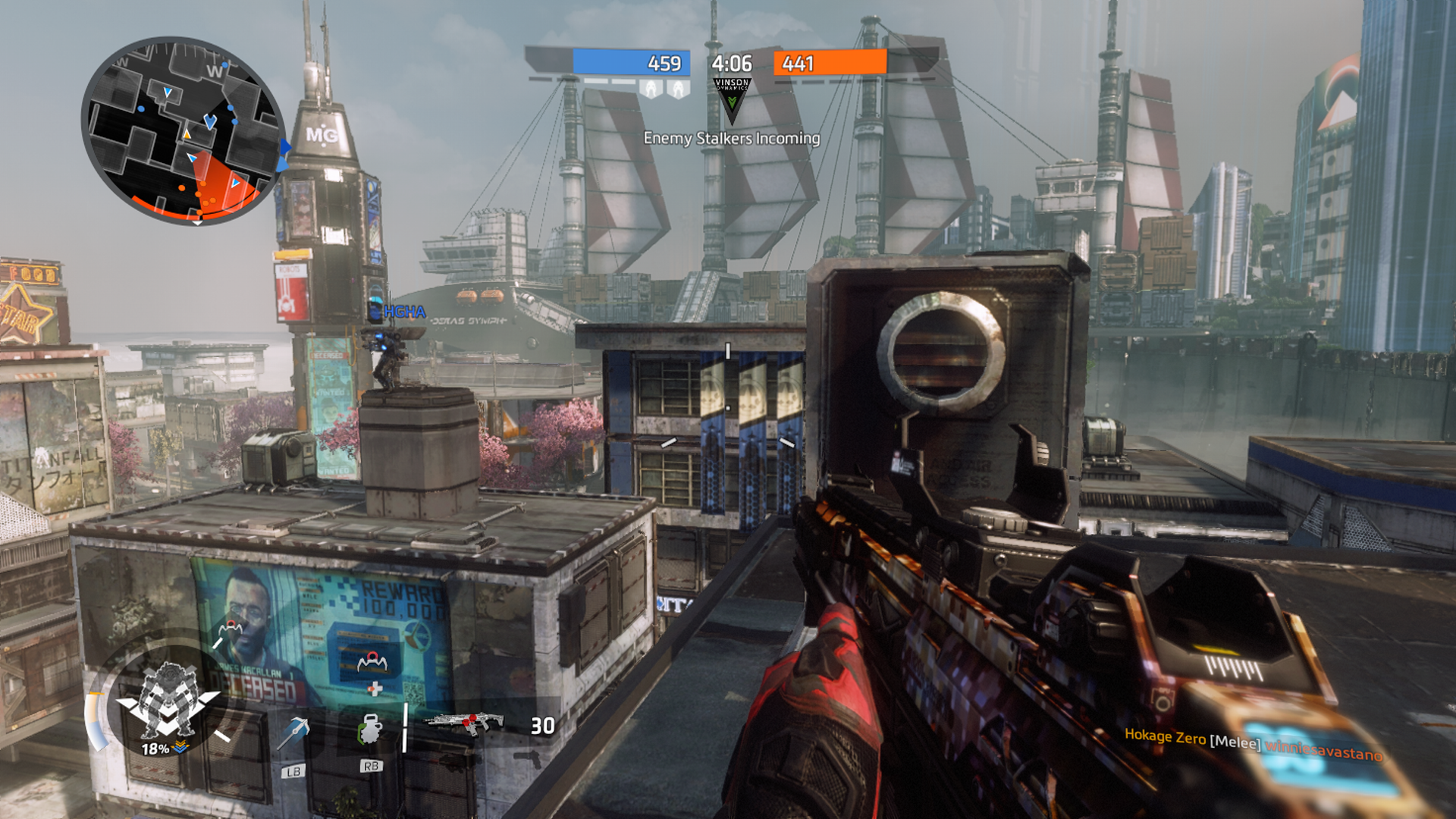 I was one of those that pre-ordered Titanfall for the Xbox 360.  No game footage was shown for it, the focus was for the Xbox One, but I was so keen to get my hands on it, I didn’t care.

Ill-advised? Sure. Worth it? Absolutely.

There was no real single player to speak of, but the mechanics, the setting, the Titans, the super-fast pace.  Honestly, it was a revelation to me.

So, when I got my Xbox One, I got it again, and spent further hours playing it online.  Wonderful.  Great maps, decent core game modes, it was great to be back and one a slicker version of an already great game.

Then, along came Titanfall 2……..I had a little trepidation about the single-player campaign that was being touted, and I wasn’t sure if just more of the same would be worth the initial investment.  Man, was I wrong!

Arguably one of the best first-person shooter campaigns in the past 10 years?  I think so.  Topped-off with a variety of new titans and new pilot loadouts, it was a joy to get back into that universe.

I played for hours and hours and had a great time, but then it died out for me.

Coming back to Titanfall 2

Prompted by the wall running and agility in Mirror’s Edge, and having played pacifist in Deus Ex, I was ready for some shooting action and some flowing traversal.  Luckily, Titanfall meets both of those criteria, and I was ready to jump back in!

What I hadn’t realised, was how much had been added to the game.  I’d seen news about DLC maps and gamemodes, and assumed I’d need some kind of season pass…….wrong!  All of the additional stuff is free!  I couldn’t believe it.

There are some classic maps from the first game, new maps, a new titan and even an entirely new game mode.

I was ready to jump back in to just do the same stuff I’d previously done, so new bits, for free was an absolute treat!

There’s a new horde-mode experience, called “Frontier Defense” which sees 4 pilots working together to defend a harvester (not sure what it’s harvesting…..).  As you progress you get your titan, and as waves complete, you spend earned money on defensive measures and other bits to increase the potential of seeing the next wave through.

I didn’t really think a mode like this would work, but it really does.  With varying degrees of difficulty, a variety of maps and all kinds of enemies, including titans, troops and spectres, it’s chaos and non-stop from the moment a wave starts.

This has really added some life to the game for me, and I’m determined to complete as many difficulties as possible!

The new titan “Monarch” is an odd one, I’m not quite sure I “get it”.  Sure, I understand that instead of having a standard ability like sniping, or flying, or even having more dash ability.  It’s more of an all-rounder, with gradual upgrades that form as the special ability.

Things like arc damage from your gun, and more powerful rockets etc.  I haven’t worked out how you get to use anything past the gun upgrade.  Not sure if you have to continually unlock the cores during one life of your titan, or if you rotate through them.  I’ll learn, but it doesn’t really seem to fulfill any specific role like the others.

An all-rounder is good, but so far I’ve not had any decent defensive capabilities so I’m getting wrecked quite quickly.

Revisiting my favourite map from the first game is excellent.  Angel City just works for me, with different height buildings to clamber, indoor and outdoor areas and roads that become funnels for the carnage, honestly it’s the perfect Titanfall map.

I’m still going through all of the others, but any additional maps for free, is good news!

It took me a couple of rounds to find the flow of the gameplay again, but I feel like I’m back in that sweet spot of knowing what to do and how to do it, whilst still unlocking things to try and change my tactics.

None of my titans or pilot loadouts are complete, and with all the skins and stickers and weapon upgrades, there’s a constant progression which keeps you hooked-in.

I couldn’t be happier to be back at it, and I think I’ll tackle the campaign again shortly.

Ok, so all the maps and multiplayer stuff is free, awesome!

There is opportunity to spend money though……you can get special versions of your titans (“Prime” versions) which seem to equate to special skins.  There are weapon skins, and ways to unlock all of the core weapons and loadout slots, all available for real money.

They aren’t cheap for what is mostly cosmetic bits, but there’s no “loot box” mentality of making you essentially gamble to get what you want, and there’s no pay-to-win elements.  So if you want to spend the money, go for it.  It’s only funding an excellent game.

I just think it’s a little pricey for what it is.

If you’ve not played any of the Titanfall games, this is the place to start.  Sure the first one is great, but the second one is basically an improvement on every level.

There’s plenty to do, the campaign is nothing short of fantastic, there are plenty of people still playing, and the joy of dropping your own personal titan into battle never goes away.

This is how modern twitch-shooters should be.

You can find it really cheap now, and I couldn’t recommend it enough to anyone that loves some fast-paced online action, with solid mechanics, fluid controls and the always-awesome fact that you get your own goddamned giant robot to fight in!

Go out and get it if you like an FPS and haven’t played it before.

I’ve not done an official review, and likely won’t now.  However, there’s absolutely no doubt in my mind, that this is a current-generation must-have.  It is exceptional in a world of paint-by-numbers Call of Duty releases.