Clocking in at just under seven and a half hours, I’ve finished the campaign of Mirror’s Edge Catalyst.

Honestly, I’m not sure I’ll bother going back for more, it is what it is, and it’s done now. 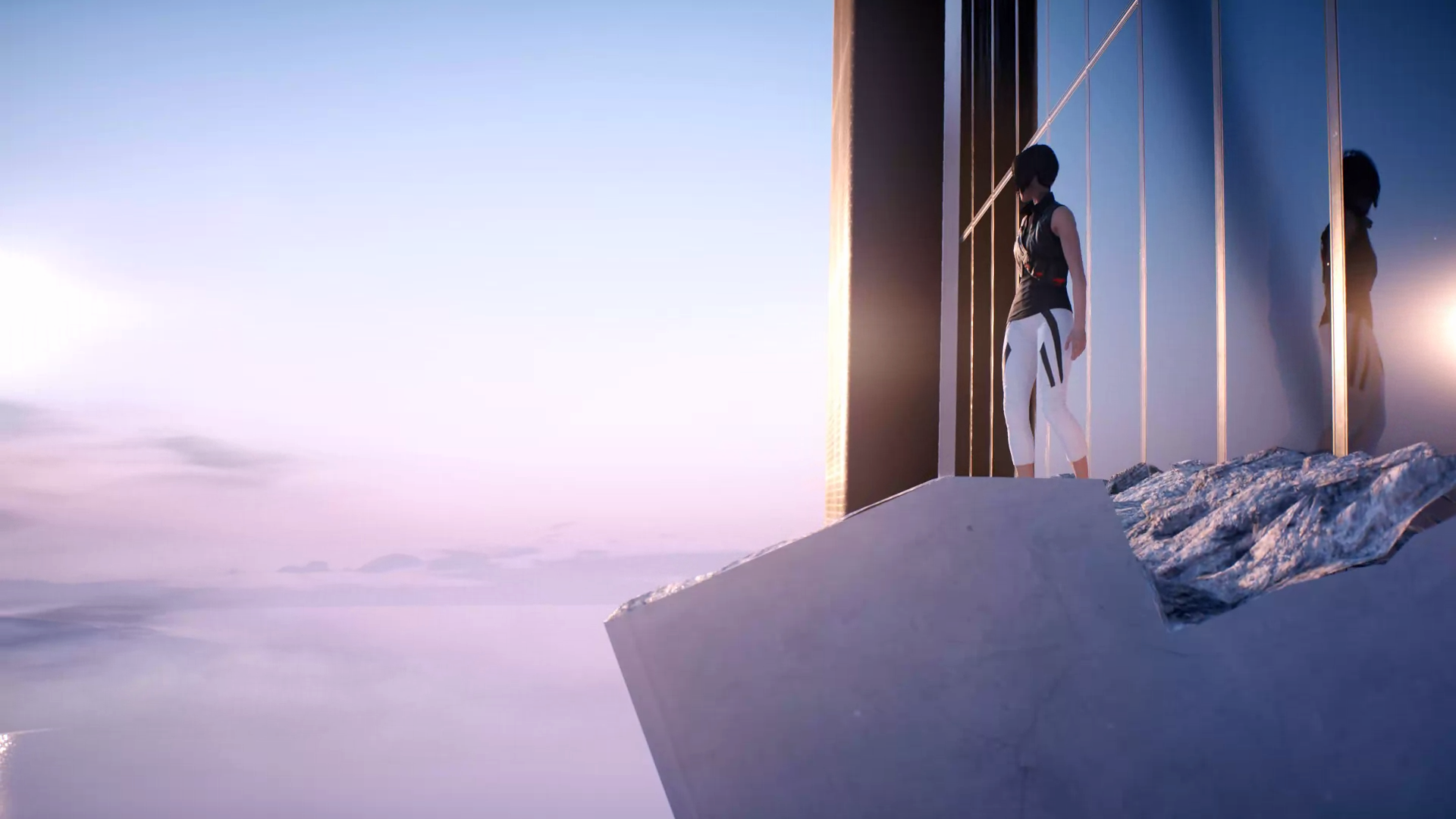 Ok, so it does the parkour thing pretty well (it’s the main selling point of the game, so you’d hope so!), and when things go smoothly, it’s incredibly satisfying.

It looks great (draw-distances and occasional texture issues aside). The overall aesthetic of the world in which Faith lives, is super-modern, bright white, clean and futuristic. I really like it. All the glass, and clean edges are lovely.

I really like Faith, and I like how the story turned into something a bit more personal. It was predictable, but it was personal and I was pleased to see it through.

Other characters are great, I’m a big fan of Plastic and Zuma. Icarus doesn’t do much for the game, in fact I spent most of it waiting for him to be some kind of antagonist, ready to mess everything up as it hit a critical point in the story.

I like the additions to your loadout, the mag, wire thingy that pulls you up to great heights, or the grappling hook to let you swing. Focusing on traversing, and allowing new ways to keep that momentum up.

As often as I died, and I really did die a lot,  I really like how unforgiving the game is when it comes to running and jumping.  If you miss your mark, you die or mess up a journey quite easily.  I’m no parkour expert, but I’m fairly certain that timing and accuracy are crucial, and Mirror’s Edge really nails that.

Cutscenes look great, with some really nice animations of the characters and some lovely lighting (thanks to the super-bright world).  Faith looks excellent and the cinematics really worked for me here.  A massive plus, excellent work!

The not so good

Sidequests don’t seem to have any variety, and honestly, I don’t know why the NPCs would be telling me their life story as I carry an item from point A to point B. It’s weird, and a misguided effort at trying to give the world some life.

Speaking of which, the map is huge, but just too big. Having to traverse from one end to the other becomes a chore really quickly. Again, I see what they were trying to do, and applaud the effort to widen the scope of the game, but holy crap if it isn’t boring just running for the sake of it.  It’s nice having defined areas of the city, and seeing the different designs, but this is a game that relies on urgency and fluid motion.  Just running for an age to get to the next mission start is not fun, especially when making a mistake can really mess up a journey.

Combat.  Ok, I like the combat, in as much as it keeps you on your toes, but sometimes, variety would be nice.  Sure running and jumping to do flying kicks is great, but sometimes you get stuck just sidestepping and pressing “Y” over and over to beat a guy.  I can be quite stale, although I suppose it’s what you make of it. 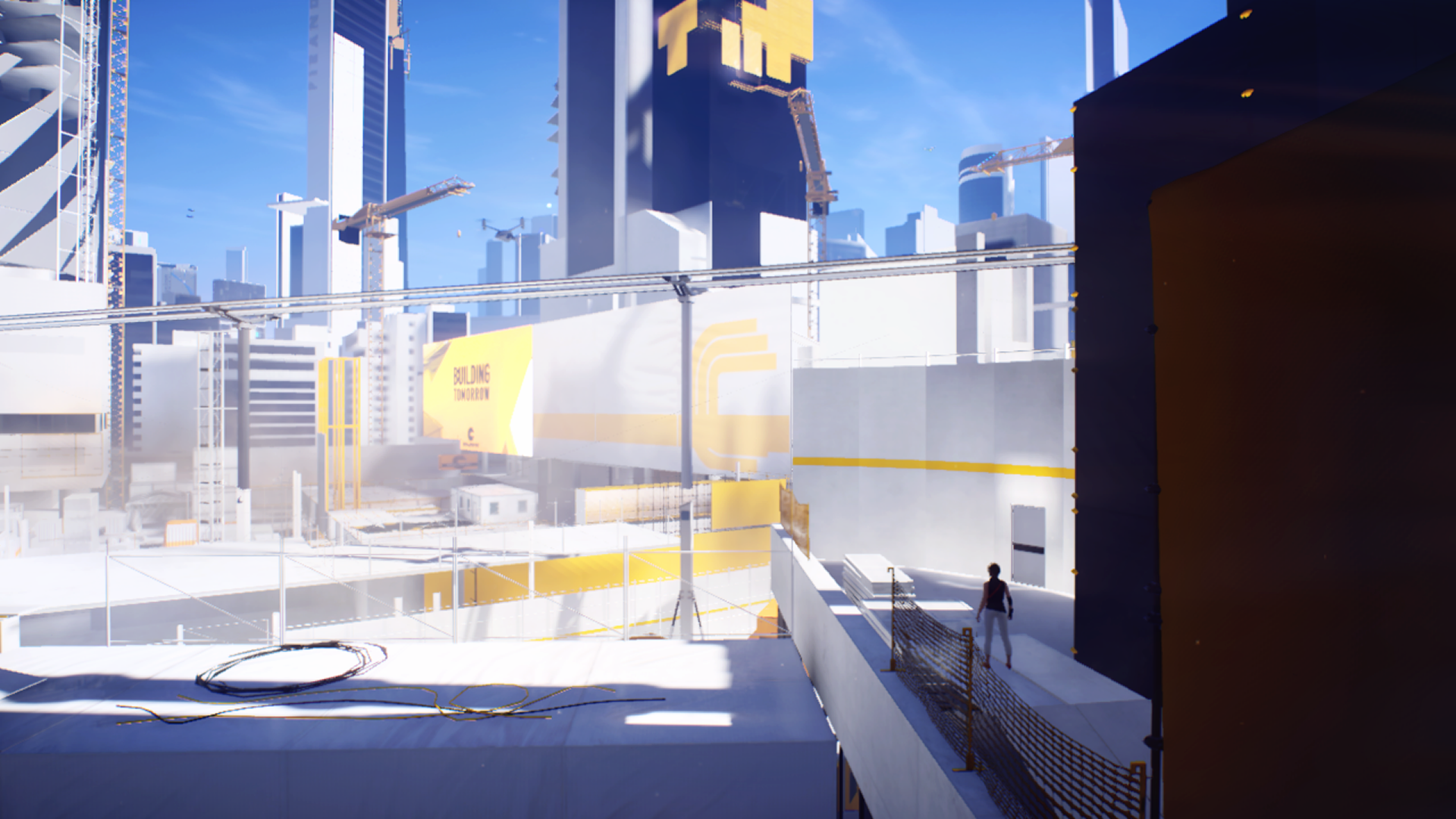 The length of the game is a blessing and a curse.  I was pleased it was over, but kind of disappointed at the short length of time it took to finish it.

The music was really nice in Mirror’s Edge Catalyst, but it just wasn’t prominent enough.  Sometimes you’d hear this really nice ambient futuristic electronica whilst traversing the map, but then it would be gone, and the loud thud of hitting the floor completely kills it.  Sure, I should be better, but I think it could have been a little more noticeable and less hidden away.

Game audio other than music was pretty good, nice footstep sounds and thuds when you hit the doors and the floor (I did that a lot).  It just never really stood out as a major factor, compared to say the visuals which you can’t help but see.

Voice acting was pretty decent, although some of the dialogue was poor, it was never too bad that it was unbearable.  A little cheesy, but it did it’s job, and honestly it suited the characters. 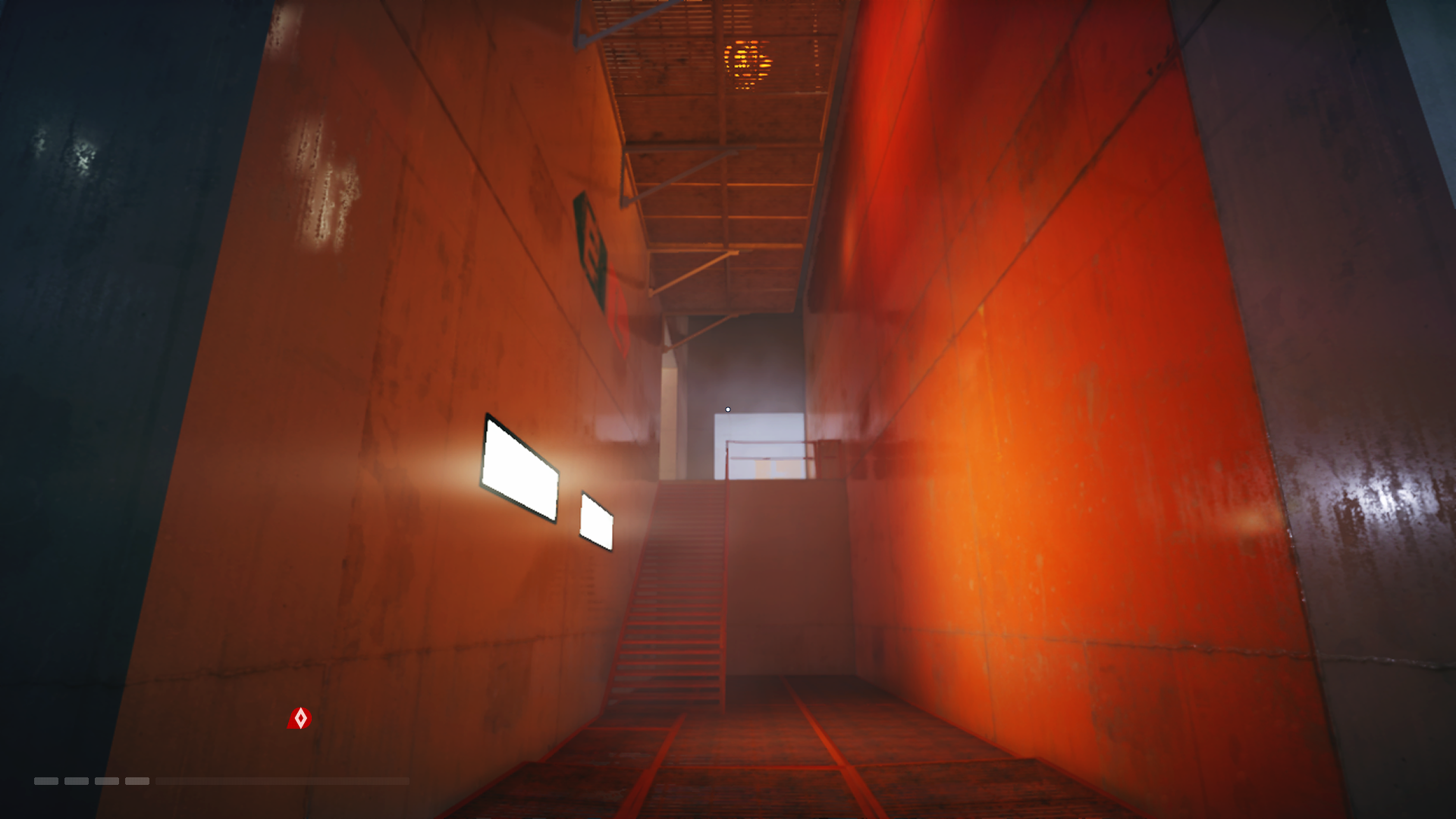 Well, this game didn’t cost me anything, and it cost my brother £5 in the Xbox sale so there’s no complaints about value for money.

If it was a full-priced game, then I’d be concerned.  It’s more an expansion of a concept than it is a full game.  There’s not a massive amount of variety in content and short of constantly bettering myself at time trials, I can’t really see much in the way of replayabiliy.

It’s not awful, and worth a couple of quid to see the story through and spend some time with Faith, who I think deserves better.

The core concept is still solid, I just think that DICE made too big a shell for a game without enough content to fill it.

I enjoyed my time with it, and can recommend it as a bargain basement purchase, just don’t pay full-price for it.

If you enjoyed the original Mirror’s Edge, then there is definitely some enjoyment to be had.  If you didn’t, then this probably isn’t for you.