I’m late to the party, in fact, I’m really late because I missed the event completely last year.  So I’ve dropped Destiny 2 (long overdue to be honest) and dipped back in to Overwatch.

It’s coming up to Halloween, and my goodness do the Americans love it!  So, games start to get some Halloween-themed content for a few weeks, and lets be fair, we all benefit from some scenery changes in our favourite games from time to time. 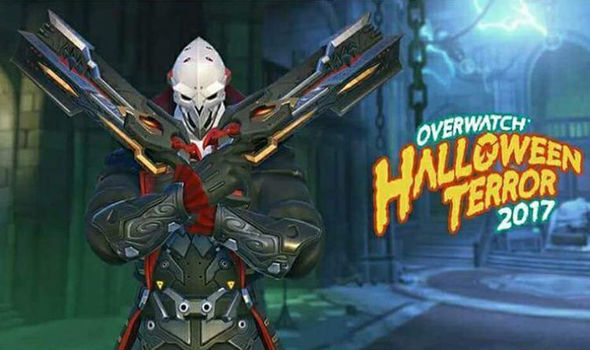 Overwatch has released their second annual Halloween event, and with it are new skins for some of the heroes, new sprays, emotes, play of the game intros and a couple of “haunted” versions of existing maps.

It also brings back the PvE game mode “Junkenstein’s Revenge”.  A type of horde-mode that sees you fending off waves of zombie-robot enemies that have been built by Dr Junkenstein (Junkrat in a mad professor skin, and given new dialogue, set up to be the titular character for the event).

This year also sees a new addition, which is a “endless” version of the PvE mode.  Sadly, in my one attempt so far, I failed at wave 12, so “endless” means little to me at the moment.

Ever the point of contention in gaming……..loot boxes are still present here.  Now, I’m not here to talk about the impact of loot boxes in gaming, it’s a hot topic and frankly I’d rather give that it’s own space, and allow my thoughts to be more focused on that as a specific issue.

I’ve always thought Overwatch does lootboxes correctly, they’re frequently accessible for free by just playing the game, and they only offer cosmetic items, so there’s no “pay to win”.

This doesn’t change with the latest event.  The boxes change to match the theme, this year they’re pumpkin-style trick-or-treat candy baskets.  They look great, they fit with the theme, and they operate exactly the same.

What’s in them?!  Well, this year there are new skins. 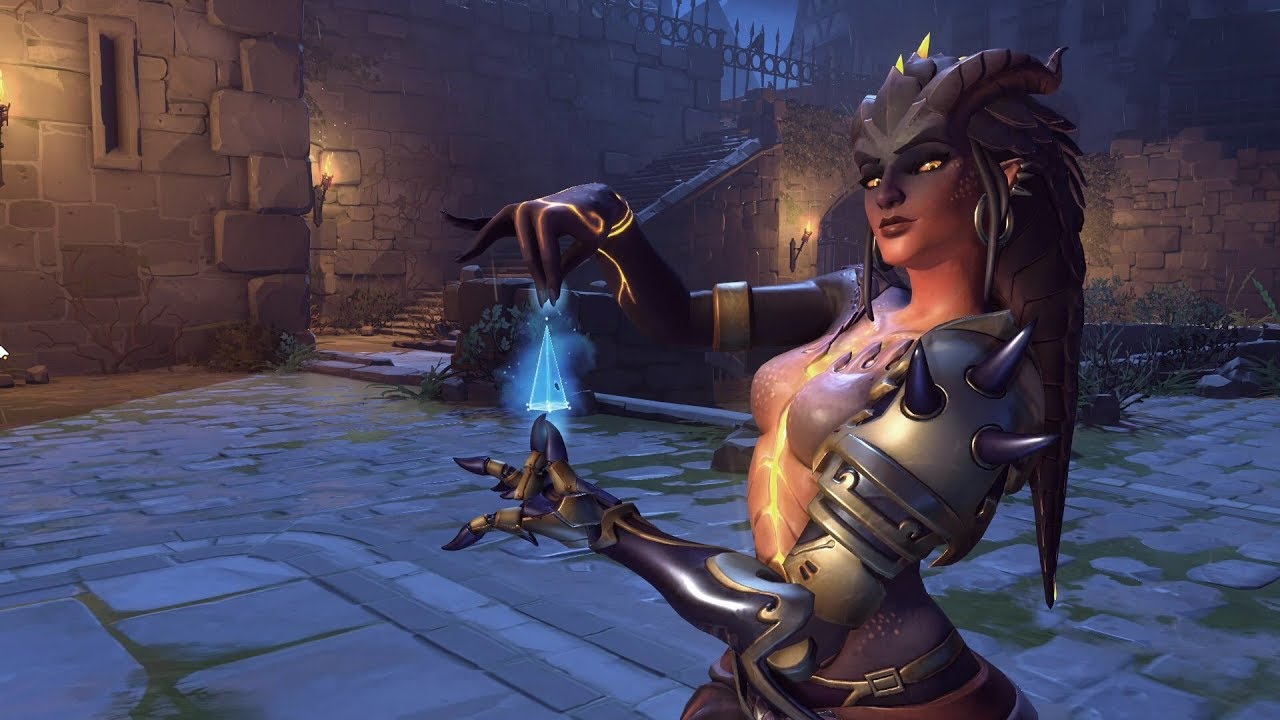 They all look pretty cool, but that Dragon Symmetra may be enough to make me try and use her, should it drop for me!

Other than that, there are new sprays, emotes and highlight intro’s as is always the case with these events.  Of course, they’re all themed around Halloween, and will randomly drop from the boxes.

To be fair, in my experience, the themed stuff is always great and worth dropping.  Sure, you can’t guarantee them all, but you really don’t need to buy any boxes to be in with a chance of getting the goods, and that is how I like it!

Note: At the time of writing, I’ve had 2 loot boxes, of which I’ve had mostly sprays, but I did get the Reaper intro, which is pretty cool!

The meat of the event is the opportunity to take a break from playing against other humans, and working with them to take out some AI.

Being given only specific heroes to use, you find yourself trying to fulfill a role whilst facing wave upon wave of robots and enemy heroes.

The story is that Dr Junkenstein (Junkrat) wants to take the castle known as Aldersbrunn.  So he sets about doing so with an army of robots, “Junkenstein’s Monster” (a re-skinned Roadhog), “The Witch” (re-skinned Mercy), “The Reaper” (Reaper) and “The Summoner” (Symmetra). 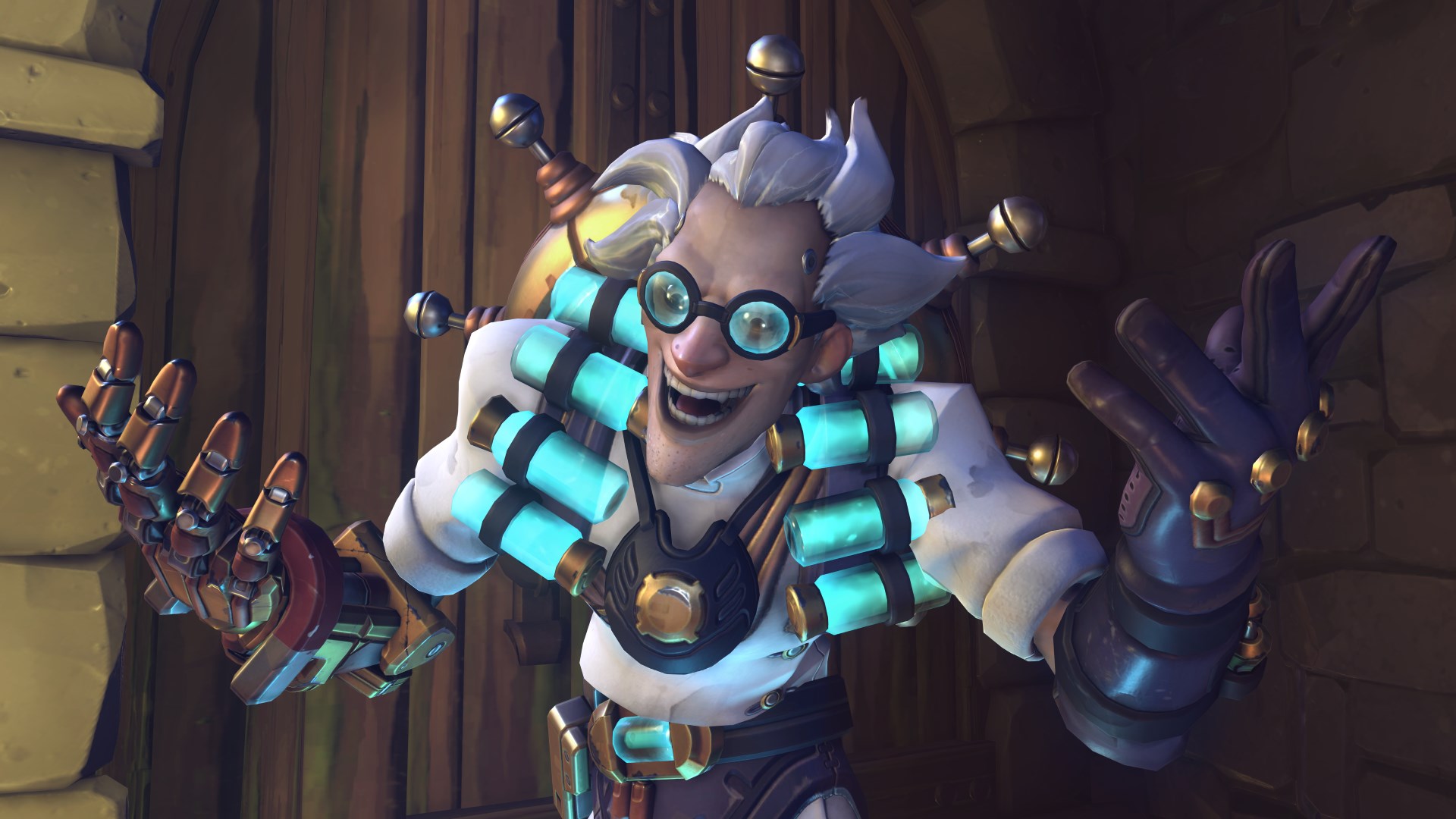 Of course, this won’t do!  So a group of 4 heroes, made up of McCree, Soldier: 76, Hanzo and Ana, who are known as “The Gunslinger”, “The Soldier”, “The Archer” and “The Alchemist” respectively are summoned upon by the lord of the castle, to defend the gates.

Accessible via “Normal”, “Hard”, “Expert” and “Legendary” difficulties, you’re matchmade with 3 others looking for a group, and then you get to it, fulfilling the roles and defending the gate.

The whole thing is narrated by Reinhardt, which is the perfect voice to give the whole event a feel of being part of a Halloween tale.

On top of this, this year, it throws in “endless mode” which is much the same, although it gives you some additional heroes to try in the mix.  You can also use Genji, Widowmaker, Torbjorn and Zenyatta.  Get past 12 waves to be victorious!

Honestly, it works really well.  I don’t particularly love any of the four heroes in the normal mode, but that’s fine.  It’s good practice to use them, and I’m happy to do whatever needs doing.

My quick attempt at the endless mode, saw us all getting rushed in wave 12 and losing the gate.  It was so close!!

After only a couple of rounds, I’m already thinking about how I could have done better, and how I can plough through endless mode.  Which can only be a good thing?  I’m motivated and keen to get stuck back in.

I’m not too fussed about the harder difficulties, but it’s another challenge should I feel so inclined.

The skins etc are great and a nice change from the standard stuff, in fact I would really like a few of them, so it definitely works as a means of drawing players back in to join the fun.  I don’t feel the need to buy them, but I do feel the need to do a bit of grinding to drop some more boxes, just to give me better odds of getting something cool.

It’s also been a solid reminder to get my rank for season six, and see how I can do in competitive play after being out of it for a few months.

All in all, it’s get me back on the hook, and I couldn’t be happier about it.  Blizzard and the Overwatch team do a great job on these events, and a PvE mode is far more preferable than Lucioball!!

If you’ve got Overwatch, but haven’t played it for a while, this is a great excuse to pop back in.  Give it a go.

Wish me luck, I’m going back in to take on Dr Junkenstein!!